It seems my last blog post about fake news was timely.

A day or two afterwards, there was the news that a gunman had entered a Pizza cafe (Comet Ping Pong) with a rifle in order to “self-investigate” a rumour that has been circulating widely. It now even has a name – Pizzagate.

Although nobody was injured, the staff were terrorised and the cafe was damaged when the deluded man used his rifle. How long is it before somebody is killed?

In the days before and after that news, both in the UK and US, statements were being made about the menace of fake news, saying that ways have to be found to stem the flood before it’s too late. But is it already too late?

Is this an integral part of the endtimes deception, preparing the world for a massive error of judgement that will lead them to disaster?

When I heard about “pizzagate” I went to the Twitter feed about it, and my jaw dropped open. To see so many hundreds of conspiracy believers defending their theory, and adding daily to its scope, was truly scary. Now this thing is global, and growing all the time. My astonishment is unbounded.

The gullibility of these people is staggering. Not only that, but the gunman himself – Edgar Maddison Welch, a 28-year-old man from Salisbury, N.C. – still refuses to believe the story is fake.

This all began back in October 2016 when a white supremacy Twitter account [probably faked] presenting itself as belonging to a Jewish lawyer in New York, tweeted that the NYPD was looking into evidence that emails from Anthony Weiner’s laptop contained evidence of Clinton involvement in an “international child enslavement ring.”

Pizzagate now has its own page on Wikipedia:

Pizzagate is a debunked conspiracy theory which alleged that John Podesta’s emails, which were leaked by WikiLeaks, tied a number of pizzerias and members of the Democratic Party to a child-sex ring. The theory has been discredited by the District of Columbia Police Department, which characterized it as a “fictitious conspiracy theory”, and determined to be fake by multiple organizations. Reports of this conspiracy theory emerged during the 2016 United States presidential election cycle. The theory was started by Internet users reading John Podesta’s emails released by Wikileaks. Users speculated that some words in Podesta’s emails, such as “pizza” and “cheese” were code words for human trafficking. The theory also proposed that the ring was a meeting ground for satanic ritual abuse. The theory was then posted on the message board, Godlike Productions, and the following day, Sean Adl-Tabatabai (a former associate of professional conspiracy theorist David Icke), repeated the story on YourNewsWire, citing a 4chan post from earlier that year. Adl-Tabatabai’s story was then spread by and elaborated on by other fake news websites, including SubjectPolitics, which claimed the New York Police Department had raided Hillary Clinton’s property. The website Conservative Daily Post ran a headline stating that the Federal Bureau of Investigation (FBI) had “confirmed” this story, a claim which PolitiFact rated as “Pants on Fire” for lack of evidence.

“The gist of the fake theory is that Podesta’s repeated use of the word “pizza” in emails detailed in the WikiLeaks release was actually a code word for pedophilia.

“Comet Ping Pong was allegedly the base for secret rooms in which Clinton and her allies kidnapped and imprisoned children to be sexually abused, tortured or even sacrificed in the name of Satan.

“Democrats in both Clinton’s campaign and the federal government have colluded to hide the abuse, the theory alleges. Some sites have claimed that various details about the pizzeria “prove” that Comet Ping Pong uses coded language and symbols to advertise its secret business to pedophiles. Random pictures of children – some of them the children of Ping Pong staff, using photos stolen from their social media accounts – have been appropriated to falsely illustrate the fake ring’s so-called victims”.

Just How Bizarre is this Going to Get?

I thought, if you are going to deceive thousands of people, at least make the premise a little bit believable. The “we never landed on the moon” and the “Government organised 9/11” conspiracies were at least interesting and somewhat feasibly presented. But this?

The Democrat elite, up to and including Hillary Clinton, are running a satanic paedophilic sex ring out of the back room of a pizza parlour. What???

From reading the #Pizzagate Twitter feed alone,  I see that it now encompasses more and more theories, such as:

All of this astonishes and depresses me! How naive can people be?

And how eager they are to turn a single troll statement into a massive government conspiracy that has already led to death threats on the Ping Pong staff and to a shooting that avoided causing a wounding or death only by chance.

But as I pointed out in the previous blog post (here) the main worry is how fast the world’s population – in America especially – is being groomed for the ultimate LIE. And if you and I do not join in with that lie, we will be – as the bible states – hated by ALL the world!

We may even be martyred because of our refusal to go along with the crowd.

The devil is rubbing his hands with glee at this moment, that he can persuade thousands of people – who presumably are able to get out of bed and dress by themselves – to trust in fake news to the extent of implicating dozens of people in paedophilia. 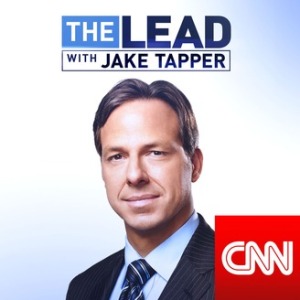 Jake Tapper is the unfortunate CNN newsman who publicly objected to the hype about Pizzagate, and made a series of sarcastic responses to the conspiracy believers on Twitter.

They being unable to identify a joke from reality, of course believed every word he said and thus implicated him in the same cover-up, sex-ring and all.

Is this not defamation of character? It may come from idiocy, but that is really no excuse.

We can learn from Jake Tapper and Comet Ping Pong – who have been subjected to hate mail and death threats. If you defy the people who are in the grip of their latest insanity, you will be on the receiving end of the same malignant personal attacks as the so-called perpetrators, because if you are not with them, you are against them (sounds familiar??)

And one final but all-important comment. WHERE IS THE EVIDENCE?

If there were some kind of child abuse going on at Comet Ping Pong and other pizza places, and if the evidence supposedly exposed in emails is true, why is there no realtime proof and evidence?

Why are the parents and children not speaking out? Why are the Police not investigating? Why are the conspiracy-mongers not coming up with something more substantial than rumours and hearsay?

Yet they are prepared to damn everyone involved, implicate them in the vilest kind of criminal activity, without a qualm.

Will this be the fate of all true believers when it comes to the time to refute the Great Delusion?