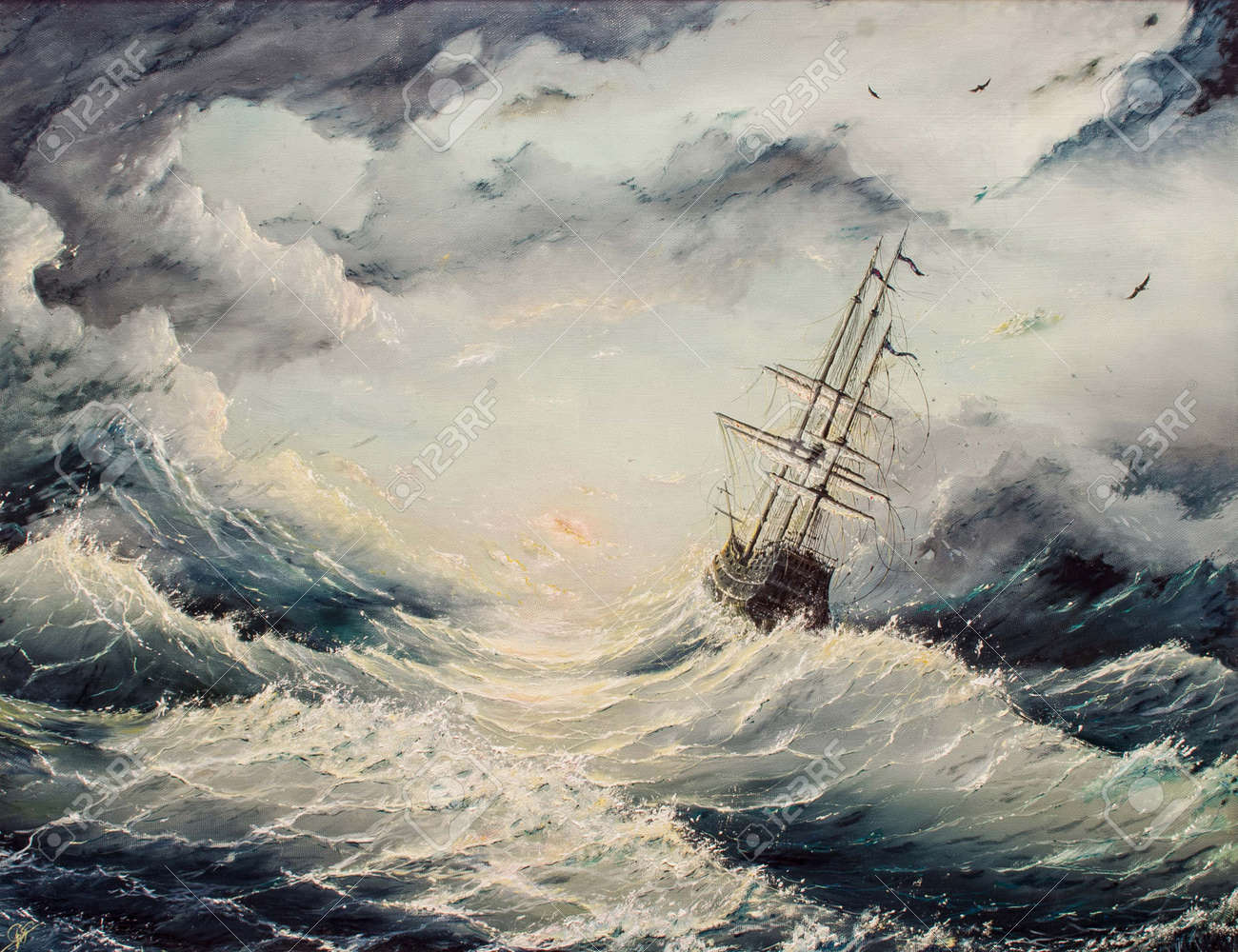 I write today on one of most significant and historic days for this nation and the British Isles – yes including Ireland, whose future is also tangled up in the web of Europe and Brexit. How should we as Christians respond?

A Terrible Blow to All

Last night our Prime Minister, Theresa May, suffered the biggest defeat in the House of Commons ever suffered by a Government leader. Her proposal for leaving the EU was voted against by 432 votes to 202. (To explain to non-British readers, this was not entirely due to those who opposed leaving the EU, but also to those who want to leave but thought her plan was too soft and unworkable.)

So – she was voted down by both groups in a double whammy that left everyone reeling.

The Prime Minister responded to the rout by telling the Commons: “The House has spoken and the Government will listen.”  In a major shift of policy, she promised to let the Commons debate other ideas, such as softer Brexit plans. Mrs May indicated she would not resign, but bookmakers halved the odds on her early departure. [Source]

Today she faces a humiliating vote of confidence called by the leader of the opposition, the Labour MP Jeremy Corbyn.  (below)

Should she lose the confidence vote, another Government will have to be formed, or else in a couple of weeks there will be an entirely new General Election. 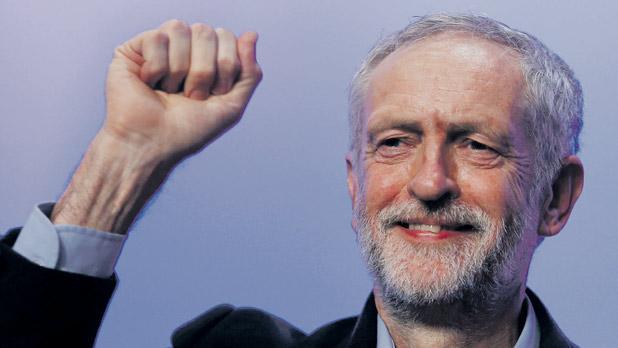 It’s 72 days until Brexit with no better idea of how to do that than before. Theresa May’s government faces a no-confidence vote Wednesday night, with debate starting around 1 p.m. UK local time. (8 a.m. ET)

This is perhaps the most grave and dangerous moment this nation has faced since the buildup to World War Two, and I believe it’s only prayer that will help us now, as the enemies of reason on both sides line up to say their bit, and intrigue and plots are almost as prevalent today as in the day of Guy Fawkes.

Prayer is The Only Answer

I urge you all to pray!

Speaking for myself, I have little idea what to ask for in prayer, because the options are so confusing and the way ahead is far from clear. But I know that God knows! And that is enough for me. I pray simply that God will lead us safely through this storm.

Every time I pray I see an old sailing ship tossed about in a terrific storm. I pray that God’s mercy and guidance will prevail, so that we will see our way through, and survive this storm.

His Way is Best

Do we as Christians trust that God’s answer is the right one? That is the most important question.

I think this question – about our core loyalty and belief – is a prelude to even greater storms, and we will not survive an even more challenging crisis, perhaps one that involves division and persecution, if we don’t get it right now.

Jeremiah 12:5-6
If you have raced with men on foot and they have worn you out, how can you compete with horses? If you stumble in a peaceful land, how will you do in the thickets of the Jordan? Even your brothers — your own father’s household — even they have betrayed you; even they have cried aloud against you.

At a time of division, our unity is that of brothers and sisters in the Lord, one Body of Christ. We cannot allow personal opinion to influence our prayers or actions – only God knows the future. We pray for his help and guidance, trusting him to engineer events in a way that benefits all.

Can you put aside your hopes and desires in order to accept God’s will?

This question is as true for us as it is for the Church in America, who are facing just as grave a crisis at this time. There should be no place for family or political allegiances, nor for personal gain, but only the will of the Lord above all.

The Error of Judas

Remember that the disciples at the time of Jesus’s ministry on earth longed for, expected, and believed in a radical change of Government that would overturn their oppression as a nation.

How hard was it to witness the death of their Saviour and Messiah, when their hopes and dreams lay in his success as their new king? How shaken was their faith?

Judas, I believe, did not betray Jesus merely out of greed for money, much less hatred, but because the devil persuaded him that Jesus as the Messiah could NOT possibly be harmed by the authorities, and forcing the issue of his public declaration would be the fastest route to victory!!

Judas was wrong. Horribly, tragically and eternally wrong. Listen: it is possible to be wrong for the right reasons!!!! But the results will be just as damaging, to you and to everyone concerned.

The Stone of Helping

In 1 Samuel Chapter Seven, we read about a time of national crisis for Israel. Their old enemies the Philistines had been decimating them for years, even to the extent of capturing the precious Ark of the Lord. This was all because the Israelites had turned away from God to idols.

However, the Ark had been returned (albeit, not to its accustomed home).

The Ark remained there for twenty years, while the Israelites as a whole wallowed in idolatry.

By that time Samuel had grown into a strong Judge and prophet. As with all of the Judges before him (Samuel was the last of the Judges), Samuel led the deliverance of the Israelites back to faithfulness to the LORD.

There was a time of national soul-searching and repentance under the true priest, Samuel, and it was in that context that he set up the “stone of Ebenezer” which is the subject of my article today.

Then all the people of Israel turned back to the Lord. So Samuel said to all the Israelites, “If you are returning to the Lord with all your hearts, then rid yourselves of the foreign gods and the Ashtoreths and commit yourselves to the Lord and serve him only, and he will deliver you out of the hand of the Philistines.” So the Israelites put away their Baals and Ashtoreths, and served the Lord only. [1 Sam 7:3-4]

As a result, when the Philistines attacked Israel there was a mighty victory!

They said to Samuel, “Do not stop crying out to the Lord our God for us, that he may rescue us from the hand of the Philistines.” Then Samuel took a suckling lamb and sacrificed it as a whole burnt offering to the Lord. He cried out to the Lord on Israel’s behalf, and the Lord answered him. [1 Sam 7:8-9]

In sorrow for their sin, Israel cried out to God, and he saved them!

Hitherto Hath The Lord Helped Us

Then Samuel took a stone and set it up between Mizpah and Shen. He named it Ebenezer, saying, “Thus far the Lord has helped us.” So the Philistines were subdued and they stopped invading Israel’s territory. Throughout Samuel’s lifetime, the hand of the Lord was against the Philistines. [1 Sam 7:12-13]

The word Eben is “stone” and the word “Ezer” is “help”.  In setting up this stone, Samuel was proclaiming his faith in the Lord, trusting in the history of God’s deliverance as well as the future hope of rescue.

Today, I am erecting my own personal Ebenezer stone, asking that God will help us! As in the past of this nation, so now at our moment of crisis.

Personally, I have erected this stone before. About 30 years ago I suffered a sudden and life-threatening condition and was rushed to hospital for an operation. As I lay in a hospital bed in recovery, it came to my mind that “hitherto the Lord has helped us” and my prayer was for deliverance and healing. Indeed, in my mind I named my hospital ward “Ebenezer Ward”.

I asked someone to write on a card “Ebenezer” and to tape it up over my bed. (It got some funny looks from the nurses!) But I’ve never forgotten how wonderfully the Lord helped me at that time. He is faithful to his word.

So let’s commit ourselves to prayer, to the God who provided sure deliverance from the Philistines, to the God who was able to surmount even crucifixion and death, to return from the grave, in order to fulfill the disappointed hopes and dreams of his people – the hopes that had been so cruelly dashed not a few days before.

3 thoughts on “Ebenezer – the Stone of Helping”