No doubt you are as troubled about world events as I am, especially as there seems no relief in sight.

And these days, praying isn’t so straightforward either, since we have less and less clarity on exactly what is the Lord’s intention (except for the obvious biblical prophecies.)

(Personally, I pray Lord, let YOUR will be done, and YOUR will prevail.)

Today on Twitter, Ron Perlman  addressed the current situation from his own patriotic American perspective, and it sparked off some thoughts for me. What he said was this:

1/ It’s not that the truth won’t eventually emerge. It’s not that history will tolerate these times as anything but an aberration to our way of life. But I have to say, living through this time of lawlessness, cruelty, greed, indecency, blasphemy, this is difficult.

2/ Because for those of us who truly grasp America, its grandiosity, its generosity, its compassion, its aspiration that small men can be huge, to watch all of that under assault, and to have such a large segment of the populace thinks it’s cool, that those things are valueless…

3/ That is soul crushing! That is unprocessable! Incomprehensible. When **so many of us mistake thugishness for strength. Bullying for power. Xenophobia for exceptionalism. Voyeurism for culture. Momentary titillation for love. Escaping crime for innocence. Stupidity for coolness**.

(“momentary titillation for love, voyeurism for culture, escaping crime for innocence…” I say amen to all that, but then he goes on…)

4/ This I know; I love this place. I believe in this place. My optimism that justice and karma will win the day is unbending. That we are essentially good and generous and humble. But if you trade in hate, if you seek to divide, if you deal from the bottom of the deck, you are my enemy! And as long as you fight to keep hate alive, there I will be!

“Many people have forgotten compassion, love, cohesion and decency and never got obsessed. That’s where the problem lies. Sad but unfortunately true”.

“Its as if people have forgotten compassion, empathy, and love. I think its time we stop accepting what is as the norm, and strive to be what we could be.”

“You’re 100% right. But our parents lived through the Depression and World War II. These taught them important lessons, which our generation has forgotten, and must re-learn.”

All these were hopeful that the inherent goodness of mankind would prevail. Only one said, “it’s only going to get worse…” and unfortunately I agree.

I’m not a typical all-American patriot as you know, and I rather doubt that the vision of America that Ron Perlman and others hold dear is accurate, but he speaks for me when he points out the degradation of society and culture.

Then he and others pin their hopes on essential goodness bouncing back. There I have to part company with them.

Human nature has always been the same! The core of humanity since Eden has been selfish, corrupt and violent throughout all centuries. Humanity is NOT going to get better, but worse.

The reason is not as commonly perceived, that people have become more sinful. No, people have always been sinful but in earlier centuries (in some countries) there was enough restraint to keep us on track. Not so today.

Restraint Is Being Removed

I want you to conduct a small mental experiment. Think of yourself back in your childhood, going to school.

You weren’t unruly, disobedient, you didn’t cheat (I hope) because you had parents, teachers, an educational system, a society and media that spoke out against those things and persuaded you that such behaviour was unacceptable. In a word, you were brought up well.

But now imagine if the influence of your friends, and opportunities within society, and the laxity of the educational system all tended towards you cheating, being rude, skipping lessons when you wanted to do something more interesting – in fact, if such things were not only overlooked but approved of and applauded by many – would you then have been so averse to bad behaviour, if you had the chance?

Be honest, would YOU have gone to a football match with your mates instead of a maths lesson? IF you knew there was no come-back, and you wouldn’t get into trouble? If all your friends thought it was “cool”?

What I’m saying is this – we were NOT better people then!

Within ALL of us is the desire and propensity to sin because the “The heart is deceitful above all things and desperately wicked” Jeremiah 17:9.

Let’s not kid ourselves that previous generations were any different to today. But what they had was restraint (discipline, the fear of punishment, disapproval of elders, positive input from the media and so on).

And to that we add the role of religion, in particular church-going, Sunday Schools, religious education in schools, positive role-models, and a general respect for the Church.

All of that is outside of becoming a genuine Christian. For Christians, the restraint upon sin and human nature is the indwelling Holy Spirit.

So, if I may, I will liken the previous situation to a world with positive “propaganda” – to a good end, but propaganda none the less.

We learned from what we heard, read and saw that goodness and self sacrifice are better than selfishness, because in the movies the good guys always won; in books there was humility and kindness, and self-denial was rewarded in the end. The hero/heroine might have been tested but stood firm to their values.

It seems pretty obvious that the change took place in the “propaganda” and not so much in the people.

Change the stereotypes, the role-models, the teachers and mentors, and you change the pupils!

Alter the perception that good and right are rewarded, and replace it with an attitude of “I will take what I need at any cost”, and you end up with rampant selfishness and violence. People will always take advantage of an opportunity to get away with self-indulgence or greed, especially if they are encouraged by people they admire. 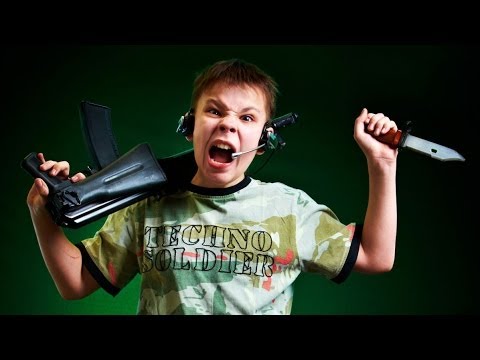 Need I mention the prevalence of very realistic games – murderous games that glory in rape, theft and bloodshed? Those who say youngsters are not influenced by such things should think again!

Kids wielding knives on the streets [an increasing problem] are taught their behaviour by example and by incentives. Not just peer-pressure, but the desire to belong and to have the kind of social order and approval they are missing at home and school.

Now, instead of getting good marks in homework, we hear that kids are awarded points for stabbing people, in a disturbing Score System. Kids haven’t changed. They still need support, acceptance, ambitions, rewards, the approval of their peers – they just go outside the system to find it now.

Imagine a cork in a glass of water. As long as you keep your finger on the cork it will stay at the bottom, but the moment you let go, it will bob to the top.

If the cork is evil, then the finger is that of the gospel, discipline, justice, the Church and all that restrains. The restraining finger is a positive demonstration of good behaviour that is able to influence children from an early age.

Today more and more we see restraint being removed, allowing the cork of evil to emerge in a more and more full expression. It’s not that it was never there – it just wasn’t visible before!

What is Indulgence vs. Restraint

1.  Indulgence indicates the degree at which a society allows for relatively free gratification of basic and natural human drives related to enjoying life and having fun.

2.  Restraint expresses the degree that a society suppresses gratification of needs and regulates it by means of strict social norms.  These might include:

3.  Gratification.  Surrendering to the human drives related to enjoying life and having fun, without cultural restraints.

Clearly, as Christians, we believe in restraint, and not the full uninhibited gratification of human needs, simply because most of them are self-serving if not downright evil. However, the extent to which people today will accept “control” and “disapproval” is plunging downwards into zero.

The ultimate end of this is that all restraint will be eroded, allowing lawlessness to prevail unhindered – and eventually the devil himself will appear as the Man of Lawlessness.

In concluding this post, I wish I could offer some nugget of earthly hope or advice that would change things. I cannot. I can only warn against pinning your hopes to a false agenda (in many churches today) of a christian takeover of society, or mass conversions, or a global revival that will somehow turn back the tide.

If a revival comes, it will be limited and shortlived, in order to rescue as many people as possible before the final end, and to shore up the faith of those who are wavering.

But that will NOT change the course this world is set upon.

We can go to the bible to see in 2 Timothy 3:1-5 “in the latter days, terrible times will come. For men will be:

How many of those attitudes do we see today – including the last one mentioned, having a form of godliness (pretend Christians) but denying its power (having no gifts or fruit or genuine ministries).

What do we see today, but rebellion against God and righteousness, and the flouting of all kinds of laws. This is the predicted state of the world just before Jesus returns! And THAT is our HOPE! The bible calls it, the “blessed hope” and indeed it is:

The blessed hope defined in Titus 2:13 is “the glorious appearance of our great God and Savior, Jesus Christ.”

No Transformation of the World, without the Return of the Messiah

Meanwhile, let no one be deluded into thinking the Church and its self-appointed leadership are going to commandeer Government and the “seven mountains” of world institutions in order to turn things around.

The devil would love for you to fix upon a plan other than the biblical one, but we are warned…

Let no one deceive you in any way. For that day will not come, unless the rebellion comes first, and the man of lawlessness is revealed, the son of destruction, who opposes and exalts himself against every so-called god or object of worship, so that he takes his seat in the temple of God, proclaiming himself to be God. Do you not remember that when I was still with you I told you these things? And you know what is restraining him now so that he may be revealed in his time. For the mystery of lawlessness is already at work. Only he who now restrains it will do so until he is out of the way. 2 Thessalonians 2:3-7

Let us do as commanded, hold fast to the truth, hang onto our faith, trust in God and look away from this world towards the world to come.

“You have need of endurance, so that when you have done the will of God you may receive what is promised.” Heb 10:36 and remember that Jesus said:

“Because you have kept My command to endure with patience, I will also keep you from the hour of testing that is about to come upon the whole world, to test those who dwell on the earth. I am coming soon. Hold fast to what you have, so that no one will take your crown. The one who is victorious I will make a pillar in the temple of My God, and he will never again leave it…” Rev 3:11

6 thoughts on “The World In Chaos – A Christian Perspective”